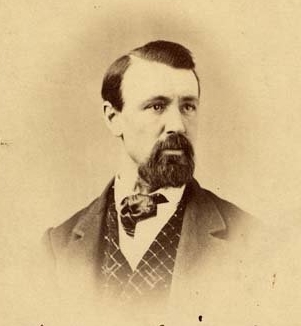 Before he died in 1903, Alf Doten might have wondered what would happen to his journals. Seventy-nine volumes recorded daily events during a 53-year period that he would have known was a pivotal time in the development of the American West. He might have guessed they would be preserved in an archive for future historians. He might have even been able to imagine that a distinguished author would devote 10 years to editing the diaries for publication and that subsequently, thousands of students, researchers, and history enthusiasts would benefit from his account of life in California and Nevada. Doten liked to speculate about the technology of the future . But he could never have imagined that 114 years after his death, his diaries would be freely available to millions of people throughout the world, in their homes, on a glowing glass surface, and that any of those people could instantly query his writing with a tool that resembles a " type writing machine ." Walter Van Tilburg Clark believed that the collection of Doten’s journals was “the most important and revealing document of the period of the history of the West it covers,” but even he would have been astounded by the expanded reach of this document 42 years after the publication of 3,000 copies. The University Libraries and the History Department of the University of Nevada, Reno are proud to build upon the amazing accomplishments of Doten, Clark, and the University of Nevada Press.
Alf Doten’s first diary entry was dated March 18, 1849, at the beginning of his sea voyage from Plymouth, Massachusetts around Cape Horn to San Francisco . He was 19 years old. As he continued to write in his diaries almost every day, they accompanied him through violent weather during his ocean passage, across the Sierra Nevada in saddle bags, in corners of tents and rooms in boarding houses with leaky roofs, occasionally lost and later recovered. They went through hell and high water with him, and it is a wonder they survived, but he persevered. He certainly knew, after all, that he was documenting history. Some readers might be surprised, though, by the intimate details of his own life that are also documented, providing a window into some of the lesser-known particulars of nineteenth-century private lives. As a journalist in Nevada covering the local beat, Doten also took notes in his journals for stories, and tucked into the pages were photos and letters he received and newspaper articles he wrote or saved. It is an extensive and diverse compilation.
For the first 40 years after Doten's death, his diaries were stored by family members, until they were eventually sold to the John Howell Company, a dealer of Western Americana in San Francisco. They came to the attention of a history professor at the University of Nevada, Effie Mona Mack , who led an initiative in 1961 to secure the $55,000 purchase. The legislature was in session that year, and a special law appropriated $20,000 from the state budget for the purpose. Subsequently, the university raised the remaining $35,000 through a grant from the Fleischmann Foundation. The diaries were then housed and preserved in the new Special Collections Department in the University of Nevada Libraries. 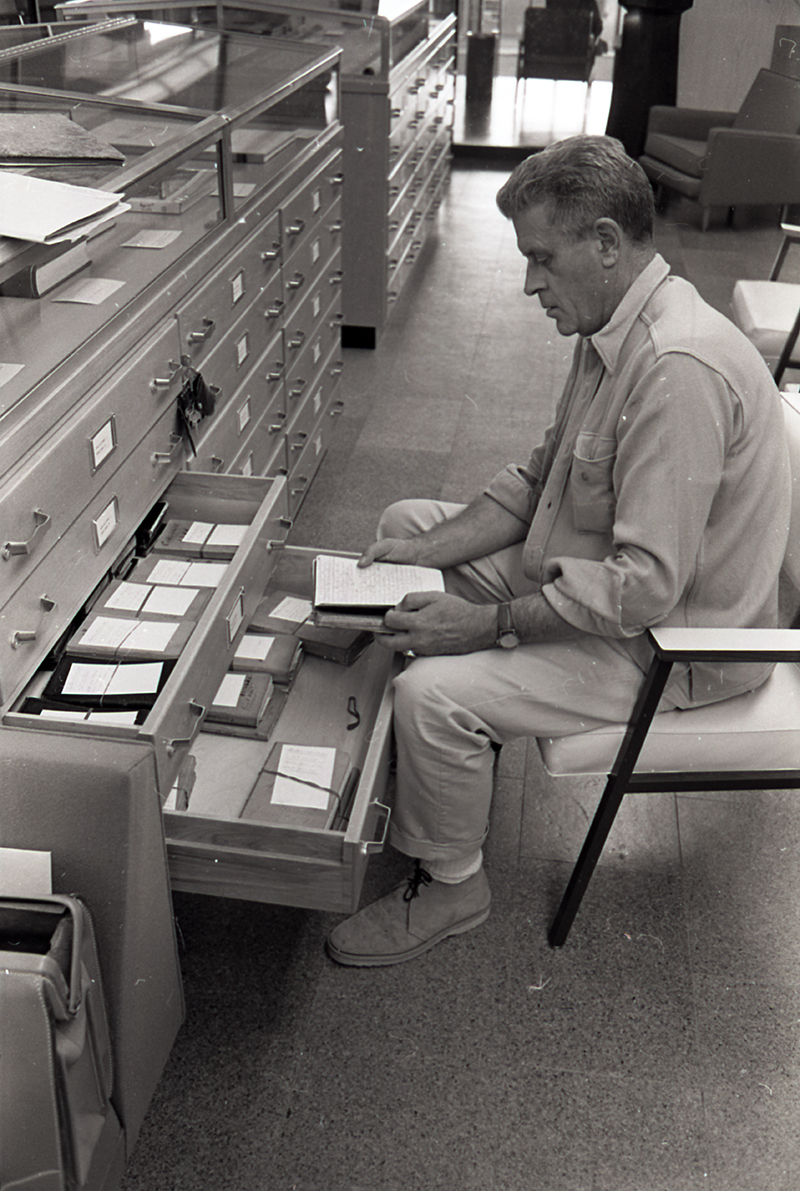 Shortly after the purchase and a receiving ceremony, the university contracted with Walter Van Tilburg Clark, Nevada’s most successful and well-known novelist, to write a book based on the diaries for the Statehood Centennial in 1964. Clark ultimately rejected the idea of a derivative book, proposing instead to lead the project in another direction, preparing as much of the original content of the diaries as feasible for publication, with some editorial interpretation. He spent the final ten years of his life on this publication project, becoming ill but finishing the majority of the work shortly before his death at age 64 in 1971. His son, Robert Clark, worked with Robert Laxalt and Nicholas Cady of the University of Nevada Press to launch the three-volume, 2,381-page publication in 1973. See Robert Clark’s introduction for more information on the editorial process.
Bringing so much of Doten’s chronicle to print was a heroic effort, and the result has been valued for 42 years by readers seeking an inside view of daily life in Gold Rush California and the Comstock. The Journals of Alfred Doten, 1849-1903 has maintained its esteemed position as a Western American History classic, but has long been out of print and not readily available to modern researchers. The University of Nevada Press has generously allowed permission to provide free access to The Journals on the university’s website, not only extending the availability of this source tremendously, but also enabling search capabilities that open up Doten’s accounts for deep exploration as never before. 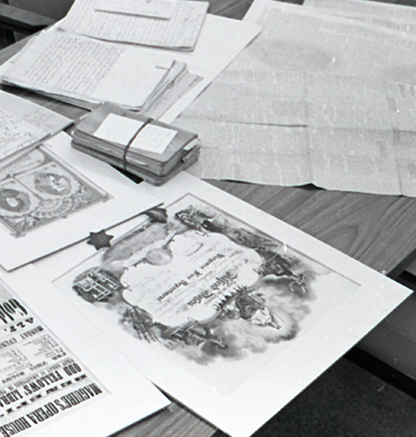